South Africans have a dance for every eventuality. From births to deaths, from celebration to protest, we like to stomp, shake, throw ourselves around, twirl, shuffle, sway, glide, jump or just go crazy.

This is a particularly true of the ‘Coloured’ community in South Africa. Descended from generations of interracial sexual encounters between European settlers (mainly Dutch), native Khoikhoi tribes and Asian slaves in the eighteenth and nineteenth centuries, the Coloured community has some of the highest levels of mixed ancestry in the world.

The Coloured population had it hard during apartheid and many continue to struggle today. However, while confined to their separate areas on the Cape Flats, the Coloured community developed a distinct form of dance.

A strong jazz scene developed and ‘Jazz dancing’ or ‘Jazzing’ provided a means of escape from the marginalization and oppression. This dance developed from ‘Sokkie’ (similar to American ‘Sock Hop’, also referred to in Afrikaans as ‘langarm’, ‘sakkie-sakkie’, kotteljons and ‘water-pomp’, which is a style of dance that requires a partner).

With the growth of jazz, starting in the late 1920s, the concept of the ‘Social Dance’ developed within the Coloured community. ‘Social dance’ has since evolved to include a mix of two-step, jazzing, ballroom, Latin, swing, boogie, Viennese waltz, social foxtrot, quickstep and many other genres.

At the dance, patrons bring their own food and drink, sharing around these items as they do their dancing partners. Live music is provided by the “Hot Shots Dance Band”, which is made up of seven members who have been playing together for 35 years. The band plays popular favourites that keep the crowd on their feet ‘til the early hours.

‘Social Dance’ is therefore a synthesis; an embodiment of the fragmented history and heritage of the Coloured people of South Africa. Today, it can be seen as an embodiment of Mandela’s Rainbow Nation. However, the dances remain isolated and, as during apartheid times, are relegated to the margins of society. These images epitomize the capacity for joyous dance within a country that still lacks integration.

Note: The term ‘Coloured’ is used here to describe a segment of the South African population. In this context, it is not considered a disparaging term. These images were taken at various fund raising events at Bosmont Primary School in aid of the Parish of Christ the King in Coronationvile, Johannesburg. 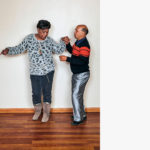 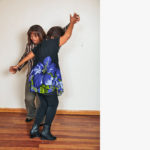 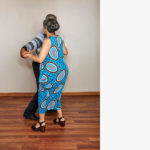 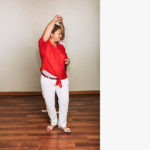 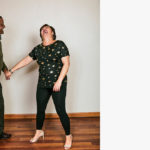 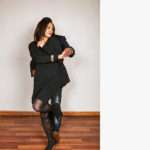 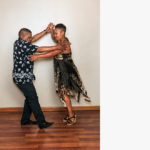 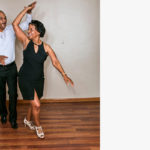 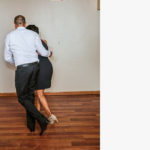 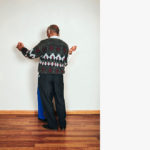 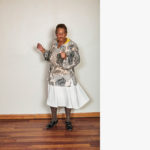 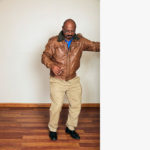 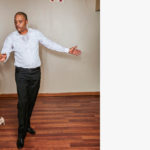 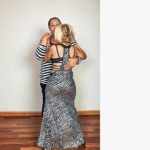 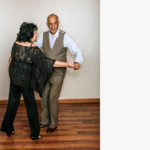 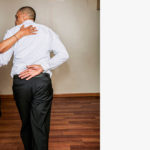 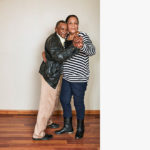 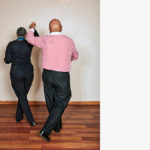